Our aim is to see all persons perfected in Christ.”

We will have an increasing number of active members consistent with the National Charge, who will be living a life of holiness, inspired and committed to do the work of the ministry.

To preach, proclaim, spread, encourage, and teach the gospel of Jesus Christ in all parts of the world.

Our Statement Of Purpose

We believe in being a community of worshipers who, led by the Holy Spirit glorify God, magnify His Son and edify His people as every member celebrates in our Worship Service.  Psalm 95:1-6

We believe that a life of Holiness must be the focus of each member.  We must strive to obey all of God’s commandments, apply the principles of Jesus’ teachings and follow the leading and guiding of the Holy Spirit in our daily lives.  1 Peter 1:13-16

We believe that Evangelism must be conducted with a compassionate vigor as our members are inspired and equipped to be witnesses for Christ while seeking the lost and unchurched.  Matthew 28:18-20

We believe in pursuing excellence in accountability, through skillful stewardship of our talents, time, facilities, finances and all resources entrusted to us by God and His people, at every level of the church. Matthew 20:27

We believe that ministers and lay persons must be skilled in leadership and the work of the church through training that is biblically based, contemporary in its applications and aimed at realizing the vision of the church.  Ephesians 4:10-13 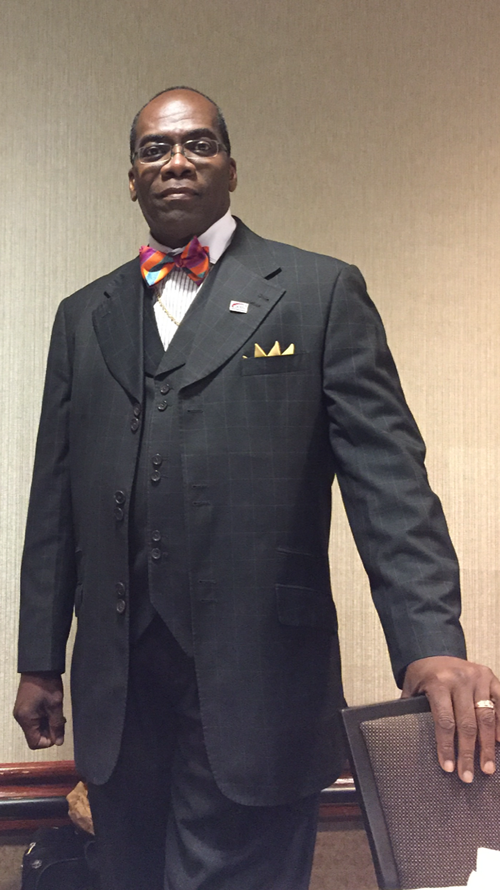 In 1989, Dale L. Cudjoe began serving as the Senior Pastor of Christ Temple Church of Christ (Holiness) U.S.A., 4201 Washington Street, Gary, Indiana, by appointment of the Presiding Prelate the late Bishop O.W. McInnis. Christ Temple is a church geared to the times but anchored to the Rock.

In July of 2010 he was elected Presiding Bishop of the Northern Diocese effective July 28th, 2010 at the National Convention in St. Louis MO, and consecrated a Bishop in 2011 in Lombard IL. The Diocese comprise of Illinois, Indiana, Iowa, Michigan and Ohio. He was also elected the First Vice President of the National Convention and serves as the Secretary of the Board of Bishops.

Dr. Cudjoe earned his Bachelor of Music degree in Music Education from Benedictine University (Illinois Benedictine College) 1978. He received his Master of Divinity (M.Div.) and Doctor of Ministry (D.Min.) degrees from Lake Charles Bible College in 2000.

Bishop Dr. Dale L Cudjoe is a gospel preacher and takes the responsibility of Pastor/Teacher seriously. Sheparding the flock that God has made him overseer over.

He is Married to Lady Dawn and they have three adult children and three grand- children.